The International Franchise Consultants Network is what we can call an “old woman who lived in a shoe“.

In the framework of the UK Franchise Show in London in 2003, four leading consultants from four different countries decided to put together all their knowledge and experience to create a network for franchisors who decide to “go international”. IFCN was founded through a formal linking of leading franchise consultancies with many years of experience in domestic and international franchising.

They were based in France, Italy, Spain and the UK and their outreach extended far beyond Western Europe to South America, North Africa, India, China, and Central and Eastern Europe.The founding members were Jean Samper of AC Franchise in France, Giuseppe Bonani of Quadrante in Italy and Santiago Barbadillo of Barbadillo y Asociados in Spain soon joined by Angela Bachfeld and Peter Stern of FranFIND in the United Kingdom.

Since then, the International Franchise Consultants Network has been promoting franchising as a way to grow businesses on a global scale. Its members are leading franchise consultancies around the world, and have the knowledge, skills and cultural expertise to help your business succeed in their country. 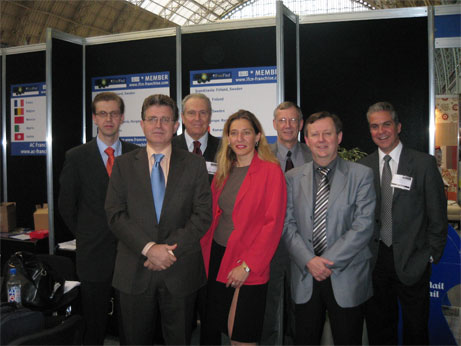